Get This Report
This is the first edition of BroadGroupâ€™s Data Centres Central & Eastern Europe report and includes detailed analysis of four CEE markets - Czech Republic, Hungary, Poland and Romania.

Given the relative immaturity of the data centre market in this region and the hegemony of players, the reportâ€™s primary comparisons are of the relative merits of the market on a country basis.

It is clear from BroadGroup's research that the CEE data centre market is experiencing important changes and there is potential for significant growth in the region - especially as the use of outsourcing and cloud services grows. As Marion Howard-Healy, Senior Consultant BroadGroup and the report's author, comments: â€œThe data centre market in Central and Eastern Europe has clearly reached a turning point in terms of market development and business opportunity. The recent moves by leading players, TelecityGroup and Deutsche Telekom, heralds change in terms of market dynamics both in data centres and networking. â€œ

The analyst report "Datacentre and Cloud Central & Eastern Europe" can be obtained from an external site via the link below:

Keeping up with the industry?

Set up your own personalized tracker on DCR and receive alerts on your favorite data center topics via RSS, e-mail or your own custom overview page here on the website.
» Set up personal tracker

Are You an Analyst or a Publisher?

» See how we can help you 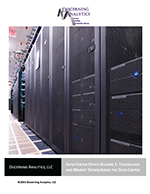 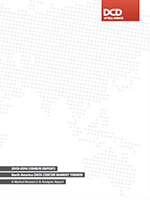 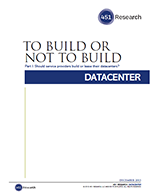 To Build or Not To Build - Part I: Should Service Providers Build Or Lease Their Datacenters?
by 451 Research on 12/18/2013
Tags: Equinix, Interxion, Telx, Digital Realty, Amazon, CenturyLink, Apple, CyrusOne and more.. 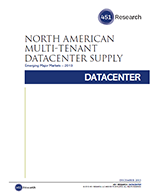